What Makes You Better Than Me???

I was minding my own business, waiting for my bus to arrive, when I noticed this drunk woman in a dirty sweatsuit nearly fall into the bus shack. Upon her grand entrance, she zeroes in on this rocker-looking dude and his girlfriend and randomly starts screaming at him. People started emptying out of the bus shack very quickly as she made her way over to him. Then the drunk woman starts pushing and throwing punches at this guy and he dishes it right back. She flies against the glass and he quickly reaches for the door to get the hell out, but she pushes it against him from the other side, so he then proceeds to smash her with the door until she is stunned.

The guy and girl leave the bus shack and everyone else is keeping a safe distance. The drunk woman emerges and they exchange a few punches and swears until finally he pushes her and she lands on the ground. Then she just begins to taunt him, continuously yelling "WHAT MAKES YOU BETTER THAN ME?" over and over again. They start waking away, telling her to leave them alone and she follows down the block, yelling this over and over again.

"WHAT MAKES YOU BETTER THAN ME?"

"WHAT MAKES YOU BETTER THAN ME?"

Then she just stood on the street corner and screamed this into the sky. 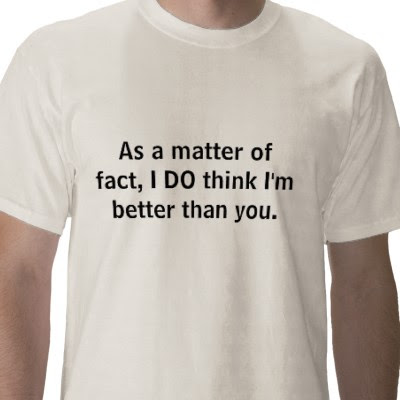