Here's a gross story from Jennifer of the transit as a public restroom , c'mon people!


I was riding the 20 Watt after work one day, when I noticed a nasty smell coming from the old lady sitting in the seat in front of me. She was holding a large grimy stuffed rabbit so I assumed maybe the scent was from her plush toy. When she got up to get off the bus, I could see she had soiled herself while riding the bus. It was all over the back of her long coat and smelling pretty ripe. As she exited, a large and dirty looking guy gets on, and sits in the poopy, recently vacated seat. He also had quite the odor, but it was more like dirty smelly fat man. A few stops later he gets up to exit the bus, and not only was the ass of his filthy sweat pants wet from the seat, but he had a large hole there as well, right at the middle/bottom of his left ass cheek. The icing on this cake? He had neglected to wear underwear.

Maybe it would be wise for transit to replace some of the seats with toilet seats? They could use the methane gas to power the engine! 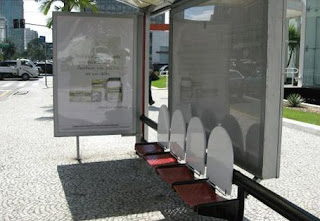